Water polo is a fast-paced sport played by two teams in a swimming pool.

An Overview of Water Polo

Water polo is a competitive team sport played in the water between two teams. The game consists of four quarters in which the two teams attempt to score goals by throwing the ball into the opposing team's goal. The team with the most goals at the end of the game wins the match. Each team is made up of six field players and one goalkeeper. Except for the goalkeeper, players participate in both offensive and defensive roles. Water polo is typically played in an all-deep pool meaning that players cannot touch the bottom.

A game of water polo consists of the players swimming to move about the pool, treading water (often using the eggbeater kick technique), passing the ball and shooting at goal. Teamwork, tactical thinking and game awareness are also highly important aspects in a game of water polo. Water polo is a highly physical and demanding sport and has frequently been cited as one of the toughest sports to play.

Special equipment for water polo includes a water polo ball, a ball which floats on the water; numbered and coloured caps; and two goals, which either float in the water or are attached to the side of the pool.

The game is thought to have originated in Scotland in the late 19th century as a sort of "water rugby". William Wilson is thought to have developed the game during a similar period. The game thus developed with the formation of the London Water Polo League and has since expanded, becoming widely popular in various parts of Europe, the United States, Brazil, China, Canada and Australia.

Water polo combines the shooting skills of handball, the ball-handling skills of basketball or netball, and the speed and stamina of swimming. Players can swim up three miles at a high tempo in the course of a match. You can burn up to 500 calories in a session, making it an excellent way to lose body fat. Water polo also develops communication skills and learn to work effectively with other people.

Depends on the club/session. Prices may vary.

or water polo includes a water polo ball, a ball which floats on the water; numbered and coloured caps; and two goals, which either float in the water or are attached to the side of the pool. For beginners, all you will need is a swimming suit or swimming trunks, and a swimming cap.

Find Water Polo Activities Near You 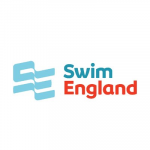 Established since 2007, Dymond Swimmers offers a fun and safe learning environment for swimmers of all ages and abilities.

In addition to lessons and training, we offer the opportunity to learn lifesaving / personal survival skills, and experience the