Clay pigeon shooting is the art of shooting at special flying targets with a shotgun.

An Overview of Clay Target Shooting

Clay pigeon shooting is currently enjoyed by 9 to 90 year olds of either sex. It is a hobby that can provide great personal fulfilment, and may be enjoyed with just a few friends on a very informal basis, in a more organised fashion at a local gun club or shooting school, or at competition level from registered CPSA events to County, Regional, National and International competitions including the Commonwealth and Olympic Games.

Clay pigeon shooting has at least 20 different forms of regulated competition called disciplines, although most can be grouped under the main headings of trap, skeet, and sporting.

Local clubs can be found on the Clay Pigeon Shooting Association website.

Many clubs offer taster sessions, there are also beginners' courses that go through the basics, including all the safety aspects, to help get you started. 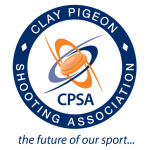