An inclusive rugby league club running teams for u14/15/16 and seniors. Members of London RL playIng in the London league from March - July. Players have been recruited by London Broncos, the only Southern professional club. Most successful Junior league

Come and join the only club in Maidstone to offer rugby league for all youth sections and now for u17 - seniors. An opportunity to have fun while getting fit, developing physicalIt's and making new friends.
Rugby league in the south is growing and London Broncos is our professional club who play championship rugby and were in Super League 2019. We have a player (who signed a first team contract on a 2 year deal from October 2019) and 2 more currently in the u19 academy with Broncos who were recruited as a result of playing for Invicta Panthers. We have Had a number of players going through the Broncos development programme So there are fabulous opportunities To progress as well as enjoying playing a fast paced, high energy game over the season from March to July. 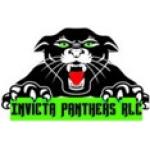 Invicta Panthers are in their 6th year and have just moved to a new ground on Bicknor Road, Maidstone.
We need a coach for u12/13 age group and can offer training and a level 2 rugby league qualification.0

Kent Sport is not responsible for the accuracy of information provided by third-parties and accepts no liability relating to any information contained on the site. If any contact details have been provided, It is recommended that you contact them directly.