When people hear wrestling, most think of the glamour extravaganza of WWE, but it is a sport steeped in Olympic heritage, and one of just two still limited to amateur competitors at the elite level.

An Overview of Wrestling

Since the dawn of time men have been pitted against each other in physical hand-to-hand combat, making this almost certainly the most ancient of Olympic sports.

It's a simple concept. Two men or women wrestle until one is declared the winner. Over the years, wrestling techniques have become more sophisticated and generally speaking the winner of any wrestling bout is the person who has the better technique, strength and overall fitness.

Greco-Roman wrestling appeared in the first modern games in 1896, and it was joined by Freestyle wrestling in 1904. The aim of the game is to pin your opponent to the mat, and though it requires massive strength and fitness at the highest level, it can be a lot of fun.

While Britain has never won an Olympic medal in the Greco-Roman, there are plenty of options for people to get involved in the sport from the grassroots up, with clubs littering the country.

Wrestling, in both forms, provides a full-body workout that raises the heart rate to help improve cardiovascular fitness, reflexes, balance and timing. This form of exercise improves stamina, lowers blood pressure and helps move oxygen throughout the body more effectively.

The best option is to join a club in order to learn how to do moves safely and correctly. They exist nationwide but you may have to travel to find one close to you.

To ensure safety, it is recommended that knee pads, elbow pads and headgear are worn at all times. Beginners can just wear shorts and t-shirt for their first few sessions before buying specialised wrestling shoes and a singlet at a later date.

Find Wrestling Activities Near You 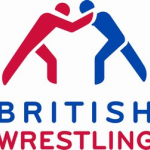