Ice skating is for anybody and easy to learn, whether you just want a bit of fun with friends or are serious about joining a team.

An Overview of Ice Skating

There's figure skating and speed skating - sports you may have seen at the Winter Olympics. But skating doesn't have to be competitive. You can put on a pair of skates (which you can hire at rinks) and start gliding across the ice. It's best to make sure you can skate in a straight line before you attempt jumps and turns.

Under the general term of 'figure skating' there are five separate competitions at International Level:

Attending public skating sessions at Ice Arena's around the country can cost as little as £6 with a small additional cost if you need to hire skates.

The only thing you need to go ice skating is skates and many ice arena's will allow you to hire skates for a small charge.

Find Ice Skating Activities Near You 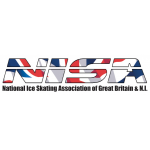