Hockey is in some ways like football. It's an 11 a-side team game, where the aim is to score a goal in the opposing team's net.

An Overview of Hockey

There are also variations to the traditional 11-a-side game these include:

Zone Hockey is a five-a-side adaptation of the sport that for young wheelchair users to participate alongside able-bodied players.

Dependent on the club and coach, starting playing can cost from as little as £2 per session but 'taster' sessions may be free.

Hockey clubs are supportive of beginners, and are likely to help out with equipment and advice.

A t-shirt, shorts and socks, as well as some robust trainers with a sound sole grip will get you started

Find Hockey Activities Near You

Back to Hockey has inspired thousands of players to pick up a hockey stick and they have told us they love the social element of the session, it’s a great way to get fitter and the perfect opportuni

Fun and friendly sessions inclusive of all abilities and ages. Flyerz Hockey enables disabled and non-disabled players to play together

An introductory game of hockey for 7-11 year olds. 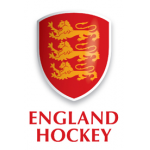 K-Sports Hockey is a traditional, friendly club based in Aylesford, Kent. Running both Mens and Ladies field hockey teams plus involvement in youth hockey we are firmly embedded in the history and future of club hockey in kent.

Established in 1949, GLHC is a registered charity and is located at Gravesend Rugby Club. Its two ladies hockey teams play competitively in the Kent Women’s Outdoor league throughout the winter season (September – April).

Tunbridge Wells Hockey Club provides men's and ladies' hockey for all ages and abilities, including veteran's and junior hockey, both at weekends and during the evenings mid-week.

The Birmingham 2022 Commonwealth Games is perfectly positioned, sitting at the heart of the UK and standing for the diversity of the Commonwealth.

Worcester Hockey Club are currently looking for a Women's 1st
Team/Elite coach for the 2022/23 season and beyond.