An Overview of Downhill Skiing

Downhill skiing, ski race for speed on an adjusted downhill course that is marked by gates formed by paired poles, set at least 8 metres (26 feet) apart, through which the racer must pass. Contestants make at least one timed practice run, then compete singly in an order set by previous performance and starting at one-minute intervals. The one who completes the course in the shortest time, without missing any gates, is the winner.

Use local activity finders or try and identify if a local/regional facility offers this activity. It is also worth looking at the National Governing Body website for opportunities.

All provided at clubs

Downhill debuted at the Olympics in a combined event (featuring both a downhill and a slalom race) in 1936 at Garmisch-Partenkirchen, Germany. It was first held as an Olympic medal event in 1948 at St. Moritz, Switzerland.

Find Downhill Skiing Activities Near You 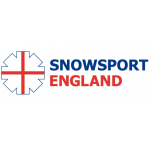