Croquet is an ideal way to spend a summer's afternoon.

An Overview of Croquet

Croquet provides some gentle exercise without being too strenuous, it is suitable for all ages, it involves a combination of mental and physical skills, and it is possible to socialise at the same time as you are playing.

There are two main versions of the game played in gardens throughout the UK: Garden Croquet and Golf Croquet.

Garden croquet is a simplified form of Association Croquet, and it involves getting extra turns in reward for hitting another ball or running a hoop. This provides for a richness of tactics and a wide variety of types of shot to play.

Golf croquet is a simpler form of the game, but still involves a great deal of skill. It is perhaps particularly suitable for when you have limited time, as games tend to be shorter and (if you haven't played before) the tactics and rules are a bit more straightforward to understand.

A croquet set can cost around £50

For club and tournament-level croquet the equipment must reach the specifications set down in the Laws of Croquet. Principally the weight and size of the balls and the dimensions of hoops are tightly specified. But for back-garden play the selection of equipment is not critical and the basics include: mallets, balls, hoops and pegs.

Find Croquet Activities Near You 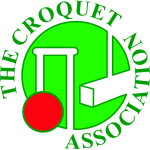 Croquet for all ages in West Kent and East Sussex