The aim of the batting team is to score as many 'runs' as possible - running between the wickets, exchanging ends with a second batsman (the non-striker), who has been waiting near the bowler's wicket.

An Overview of Cricket

Each completed exchange of ends scores one run, and the match is won by the team that scores the most runs. The aim of the bowler's team is to get each batsman out. A player is out if, for example, the bowled ball hits the wicket, or if a fielder catches the ball off the bat before it bounces.

As the governing body responsible for all cricket in England and Wales, ECB's vision is to become and remain the world's leading governing body in providing access to the sport of cricket for people with disabilities.

And to deliver a culture of inclusion at all levels within our sport and ensure that people with any impairment are respected and valued for the contribution that they make to the game.

Table Cricket is a sport played in schools across the county, culminating each year with a National Final at Lord's, "Home of Cricket". Originally developed in 1990 Table Cricket was devised to offer another sporting option for youngsters, who could not take part in Paralympic sports, it was created especially for those with more severe physical impairments. The game involves a table tennis table (or similar surface area), side panels with sliding fielders, a ball launcher, a plastic ball and a wooden bat to simulate the game of cricket.

Cricket bats start at £20 and increase to over £100 for more professional bats.

If you're serious about your cricket and want to train on a regular basis, then joining a club is your best option - you'll receive professional coaching and guidance, and build your endurance and stamina as well as improving your coordination - all essential skills in cricket.

Find Cricket Activities Near You

Chance to Shine Street is bringing cricket to thousands of young people in urban areas. 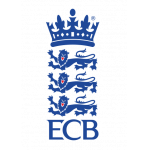 England and Wales Cricket Board

A cricket club in the heart of the West Malling community. Founded in 1827 cricket played here since 1705. We play both competitive and friendly cricket, with men’s, women’s and junior (girls & boys) teams.

Members' cricket club with 4 Saturday league sides and a Sunday and mid-week friendly side.

We also have a thriving Colts section providing regular qualified coaching, plus league and friendly matches for all ages

cricket club for boys and girls from ages 5 to 15.

Betsham Cricket Club is a village cricket club in North West Kent in the village of Betsham, a stone’s throw from Bluewater. We are a friendly club playing league cricket on Saturdays in the Kent County Village League and the occasional friendly on Sund

Located in Gravesend at the historic Bat and Ball Ground dating back to 1868. Offering adult and colts cricket from u8s to u19s.

We have a large colts sectio

A cricket club providing facilities and arranging for the whole community around Westerham to play cricket.

Faversham CC offers Cricket for all ages from adults down to unders 9s, girls and boys. We currently have teams in the Kent League, Regional League and Friendly matches. New members and supporters always welcome. Just get in touch!

The objectives of the Trust are to assist in the provision of facilities to encourage the play cricket for recreation for the general public; particularly children and young people in full-time education with the object of improving the conditions of life for such persons.

The Club Cricket Charity in partnership with the ECB, have supplied and distributed over 300 portable units to cricket teams and clubs across the UK. The charges through, supply partner The Community Heartbeat Trust, are at a huge discount to real costs.

We are looking for someone who is passionate about the development of cricket and inspiring children in the Black British community into cricket.

The Devon Cricket Board (DCB) wish to appoint a full time North Devon Club & Community Cricket Coach to support the implementation of its strategic plan in the North Devon area. This post is supported by Chance to Shine, the England & Wales Cricket Board and the Lords Taverners.

We are hiring a dedicated Head of Communications to join our Devon Cricket team. The successful candidate will support our internal and external communications strategy, write and disseminate publicity material, respond to enquiries from the public and media, develop our commercial offer and coordinate promotional events.

The Devon Cricket Board Assistant Pathway Coach is responsible for the Youth Development Programme within Devon and will manage our commercial 1:2:1 coaching offer. The post holder will need to structure these programmes and deliver on them in such a way that enables players to reach their potential and challenge for higher selection.